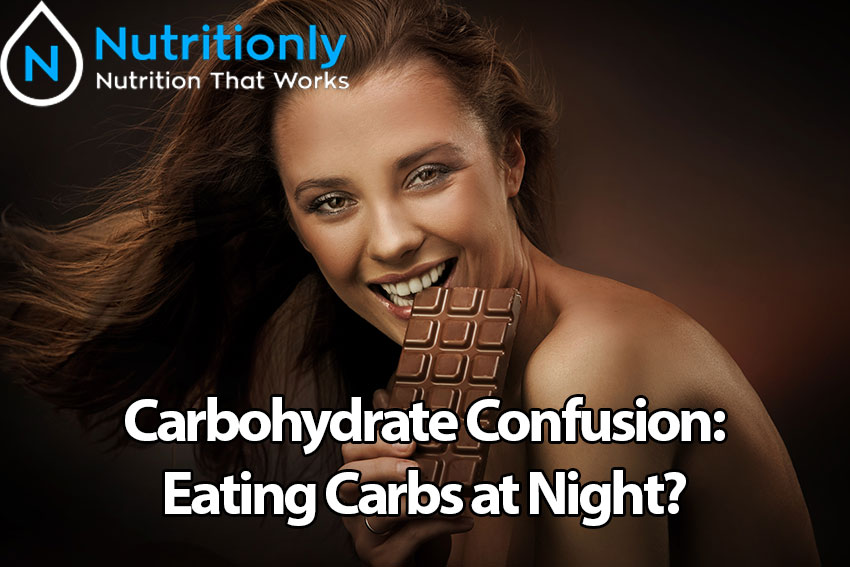 It’s long been said and believed that eating carbs later in the day will result in unwanted fat gain. For many, this is often a frustrating and confusing topic. Nowadays, people get home late and eat later. Should they avoid carbs in their dinner if their dinner is later than 5? 6? 7?

It’s confusing because the terms are confusing. What’s considered night? I live in Middle Tennessee and it gets dark at 4:30 PM this time of year (December). You’re telling me that I have to eat my carbs before 4:30 PM everyday?

Of course not. That would be preposterous.

Typically, people in the weight/fat loss camp are more concerned with this issue. When it comes to weight loss/ fat loss, it’s more of an overall energy balance. Nutrients, themselves, have very little to do with fat loss. The body must be in a negative energy state so that it will resort to utilizing stored energy (i.e. fat).

I open up this can of worms in this article: “Calorie In vs. Calorie Out: Is It Really That Simple?” At the end of the day, energy balance is most important. Whether you ate carbs at breakfast or right before bed has little to do with the big picture.

There are many reasons why waiting until later in the day to eat your carbs might be better.

Nick, what do you mean by “later in the day?”

Good question, I’m glad you asked. What I mean by later in the day is “supper time.” Whenever your schedule allows the last meal of the day to be.

If you’re still a little hesitant about eating carbs right before bed, I don’t blame you. If that’s the case, just eat your last meal at least 90 minutes before bedtime.

It may take you a week or two to get use to eating your carbs at night but you will adapt. I think that you’ll like it once you do. It’s easier to keep yourself busy during the day and at work. Evenings and night are usually reserved for hanging with the family and eating. Use that to your advantage.

It may seem counterintuitive to have increased energy from decreased carb consumption. After all, carbs are the body’s preferred source of energy. Yes, they are the preferred source but not the only source. I encourage you to give this a try. It may just help you break through those weight loss plateaus.

0 0
Previous : Minimalist Nutrition: Why Less is More
Next : The Ketogenic Diet

Nick LaToof is a nutritional consultant, blog writer, and personal trainer. He strives to better those around him with solid, no-nonsense information that's applicable and repeatable. In doing so, he empowers people to live their best life and put their best foot forward in any chosen endeavor.